Mideast Ship Management Ltd. is a subsidiary of Bahri. It was established in the year 1996 jointly by Bahri and Acomarit, a ship management company based in Scotland to render quality ship management services to Bahri and other companies. The Mideast office was set-up in Dubai, which is the hub of the international market.

In the year 2005, Bahri acquired full ownership of Mideast. Mideast started its operation with the Management of 9 vessels. Presently, the company manages 78 ships composed of Chemical Carriers, VLCC's, Dry-Bulk Ships and Ro-Ro's.

Mideast also provides other services to its clients, which include:
Technical Management
Commercial Management
Sale and Purchase
Technical and Marine Consultancy
Insurance and Claim Handling
The company has an excellent leadership and a qualified work force (onshore and offshore) to cater to the requirements of their owner's and other clients satisfactorily.

The Mideast vision is to include themselves amongst the leading ship management players of the world. The company is committed towards their responsibilities to maintain a friendly and healthy environment, and accreditation to ISO14001:2004 is an example of their dedication.

The National Shipping Company of Saudi Arabia (Bahri) was formed by a Royal Decree in the year 1978 as a Public Company, 22% ownership held by the Public Investment Fund 'PIF' of the Saudi Government, 20% by Saudi Aramco Development Company and the remaining is widely held in public shares by Saudi Nationals.

Bahri has grown from a small shipping firm operating multipurpose vessels to become one of the biggest shipping conglomerates in the world and occupies a pre-eminent position among its industry peers at national, regional and international levels in all sectors of its business operations. It is the first national carrier, having celebrated its Silver Jubilee in the year 2004 and continues to successfully stride the triumphant march in 38 years of its existence and has generated a strong VIP customer base.

During the course of its diversification, the Company's services have been expanded to include transportation of General cargo, Crude Oil, Chemical, Liquefied Petroleum Gas 'LPG' and Dry Bulk. Having started off its operations for transporting general cargo and containers initially, the company with its commendable track record, has established the reputation of providing high standard of services to its customers in all sectors.

Bahri owns 36 VLCCs, including one VLCC designated as floating storage unit, 4 MRs and 1 Aframax which are all of high international standards. Last year, the company signed a contract with Hyundai Samho Heavy Industries (HSHI) to build 10 VLCCs which will be delivered during 2017/2018.

In its desire to expand further, Bahri established a new business unit Bahri Gas & Marine Services which is responsible to explore investment opportunities in the offshore industry. This business unit also manages and develops the Company's Liquefied Petroleum Gas (LPG) investment, through its partners Petredec, which is the largest independent LPG trading and shipping Company in the world, which Bahri owns 30.3% of the capital.

Bahri owns a fleet of 26 IMOII chemical tankers and 5 product tankers through its subsidiary Bahri Chemicals which was established in partnership with SABIC and has become one of the largest companies of the world in this field.

The company also owns 6 fully owned multipurpose vessels, deployed between Arabian Gulf - Indian Subcontinent - Red Sea - Mediterranean - US / Canada East Coast route on a regular frequency. These ships are specialized in carrying general, projects cargo and several types of RoRo cargoes and are equipped with heavy lift cranes; each ship with a dwt of approx. 26,000 tons. The company also invested in on-land facilities by building a container service yard at the Jeddah Islamic Port to facilitate container storage and maintenance / repair services.

Bahri has established Mideast Ship Management Ltd., with a vision to provide professional ship management services to its fleet and other shipping companies.

Bahri strongly believes that expansion and continuous improvement of its services in the global logistics industry will not only improve the trade, but also contribute to the national economy and to the development of shareholders investment which are prime goals of the organization. 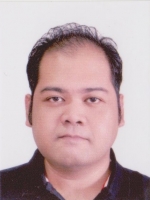 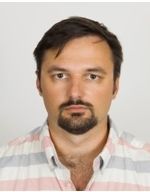 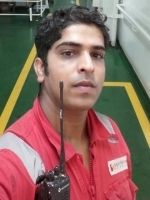 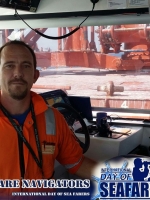 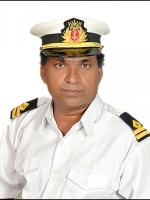